1. Relating to or denoting drugs (especially LSD) that produce hallucinations and apparent expansion of consciousness.
1.1 Relating to or denoting a style of rock music originating in the mid 1960s, characterized by musical experimentation and drug-related lyrics.
1.2 Denoting or having an intense, vivid color or a swirling abstract pattern: a psychedelic T-shirt

Music, culture, or art based on the experiences produced by psychedelic drugs.


Fractal art has often been said to have a psychedelic feel. The use of vivid colors and swirling, complex patterns encourages the stimulation of one’s senses. When analyzing psychedelia, you may be inspired to slip into a psychedelic state to explore the edges of your own mind. Psychedelic fractals are shown to illustrate a state of altered consciousness. 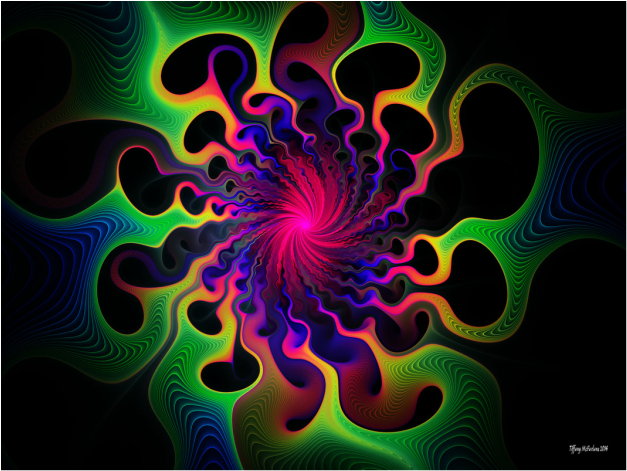 An Apophysis fractal with classic psychedelic colors, representing the twisted corners of the mind.
​
​ 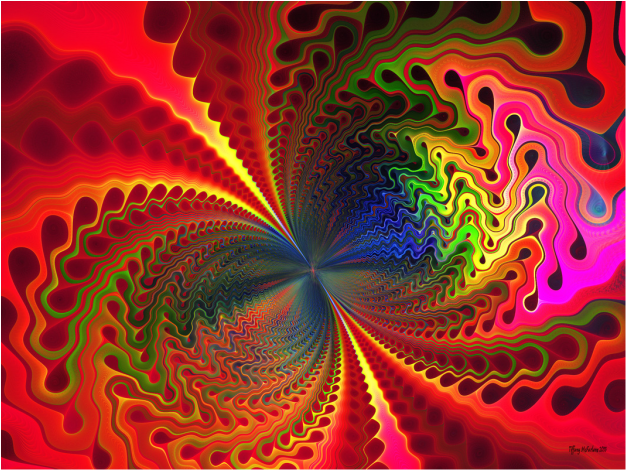 An Apophysis produced gnarl fractal depicting a gnarly trip to the edges of one’s consciousness. 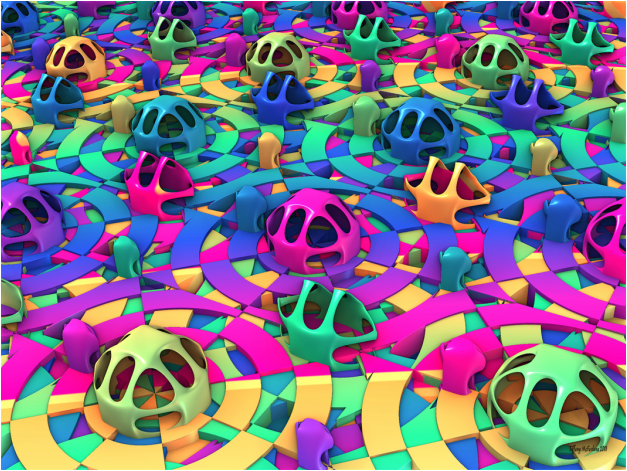 Done in Mandelbulb 3d. Your eyes move around and around, engaged in bright colors and abstract shapes in this radical, psychedelic environment.
​
​ 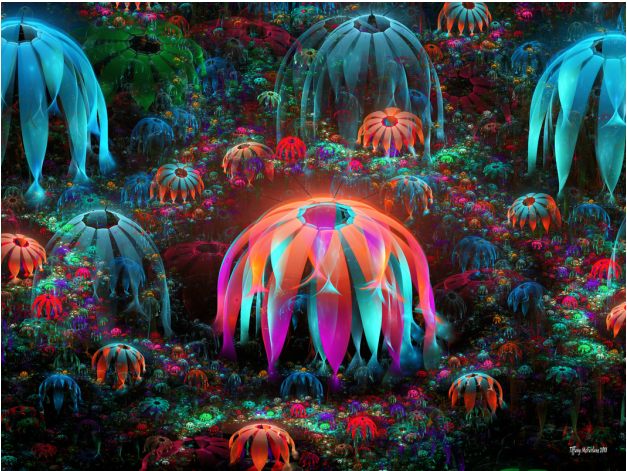 Made in Apophysis, these magical, mushroom-like forms lighten the mood and produce feelings of euphoria with its happy colors. 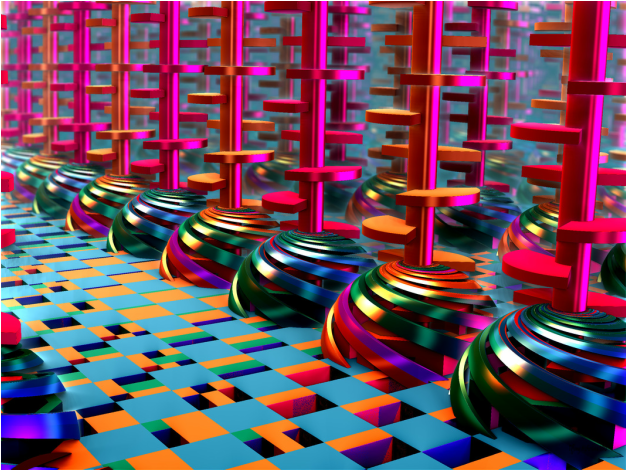 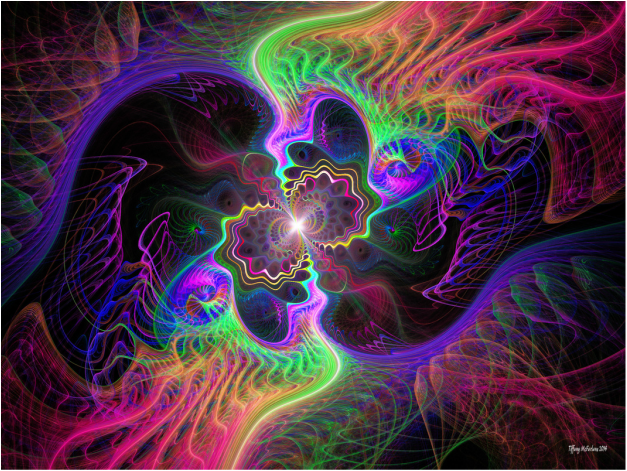 Created in Apophysis. A play on the well known idiom, this fractal’s wide display of color gives off a psychedelic essence with its distorted patterns and thought-provoking title.