​
The concept of infinity can be found throughout the works of any fractal artist. The worlds that are created are unlimited, endless, and without boundaries. The idea of something continuing forever has sparked curiosity from almost everyone at some point. We all have faced two mirrors towards each other and looked at the display of images that seem to go on forever, trying to find its end.

The idea can be difficult to grasp, but fractal art is a great way to realize and imagine infinity. Self similarity is a defining characteristic in fractal geometry. When these complex entities are magnified, you will see that you are able to zoom in infinitely, and the smaller images will have the same properties as the overall structure.

Infinity, by definition, is so big that it could never be fully depicted in an image. It is beyond anything anyone has ever experienced, so the use of your imagination is required when analyzing infinity in fractal art images. It escapes full comprehension by the human brain with its abstract nature. 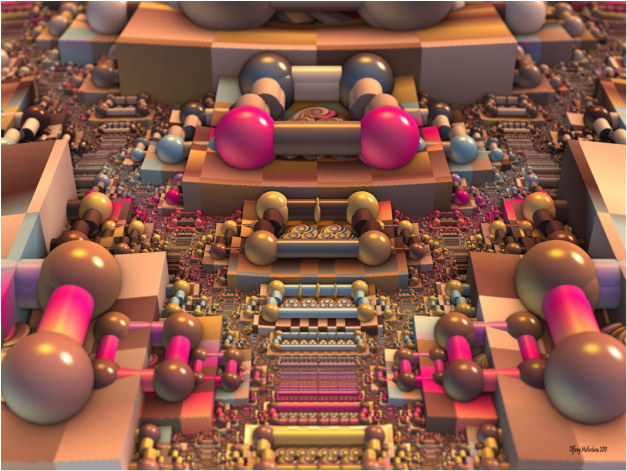 This image was created with the fractal generating software program, Mandelbulb 3d. Fractals are geometric shapes that can resemble real-life structures, with infinitely repeating patterns self similar on all its scales. The title switchboard, is a nod to its resemblance of the communication system and the infinite amount of connections one can made in life. 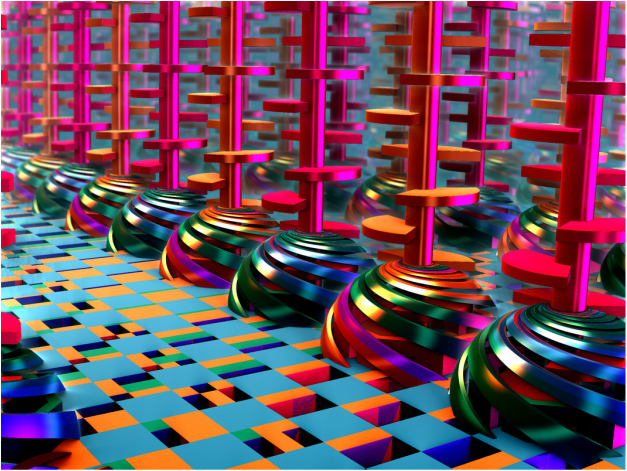 Created using Mandelbulb 3d. A swirly abstract pattern with a vibrant spectrum of color. Its never-ending display of shapes add to its psychedelic aura. 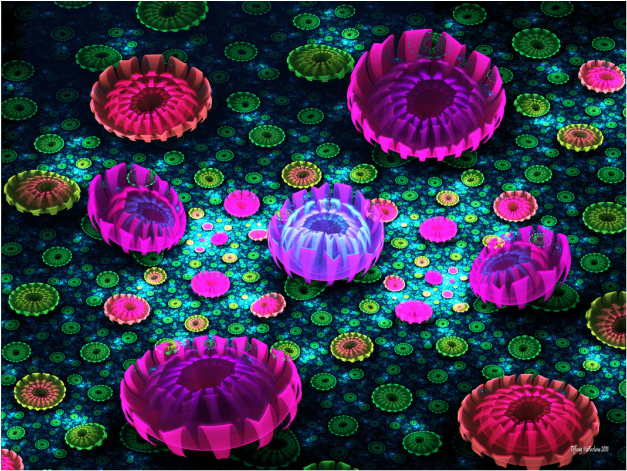 An apophysis fractal in the grand julian style. Its green color and forms give off a flowery feel. It has self similarity. As you look closer and closer at the image on smaller levels, you will see that you can keep zooming in or out forever and the fractal will still generally look the same. 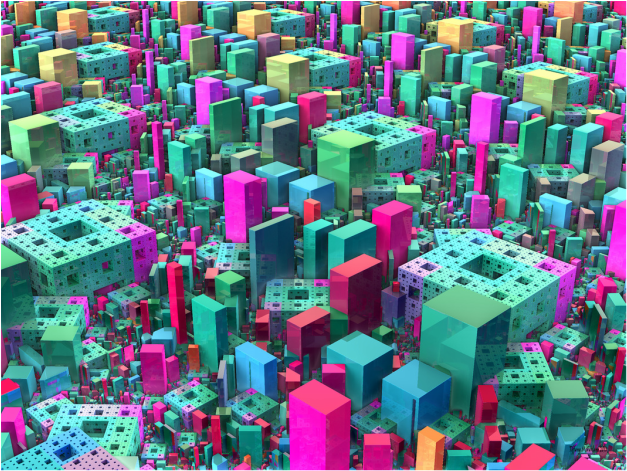 An ode to the iconic menger sponge made in Mandelbulb 3d. The menger sponge is a 3d interpretation of the mathematical cantor set and sierpinski carpet, first described by mathematician Karl Menger. This brick-like structure has an infinitely repeating surface area. It is used in this fractal landscape to show the chaos, but order that exists within a playful, city environment. 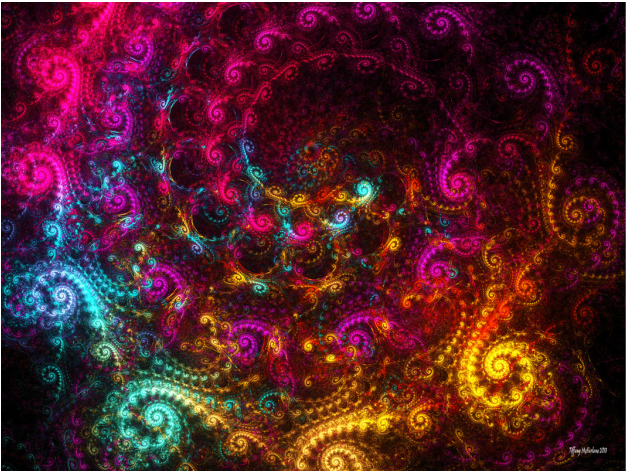 This image was created in Apophysis, and it shows a composition of shapes using the Mobius formula.There is no beginning and no end, and the structure gets infinitely complex as you move into the center. The shapes, which resemble musical notes, have a fractal-like structure just like in certain symphonies or musical opuses. I imagine a music box opened somewhere deep in the fractal universe and these are the forms that came out of it, producing a sweet, magical lullaby.