The use of color in artwork is an instant attention getter. Colors can be used to spark one’s attention, set the mood, and to put the mind at ease. The effect of color on an individual is often subjective, but there are universal meanings that different colors generally take on. The various interpretations of colors are heavily influenced by our culture, as well as our own personal experiences. They are divided into warm colors, like red, orange, and yellow that are associated with energy and stimulation, to cool colors, like green, blue and purple that are generally thought of as more calm and soothing.


Red - Red is an emotionally intense color with high visibility. Considered to be a warm color, it represents power, strength, and anger, but it is also associated with love, passion and desire. The color red can be used to describe a full range of emotion. 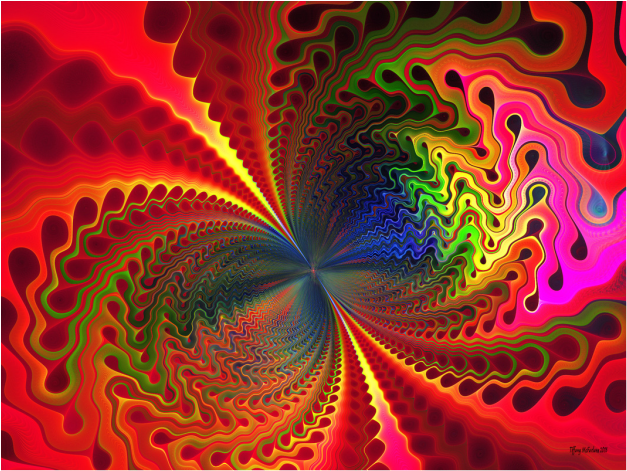 An Apophysis produced gnarl fractal depicting a gnarly trip to the edges of one’s consciousness. The intense red color is stimulating and emphasizes its psychedelic feel. 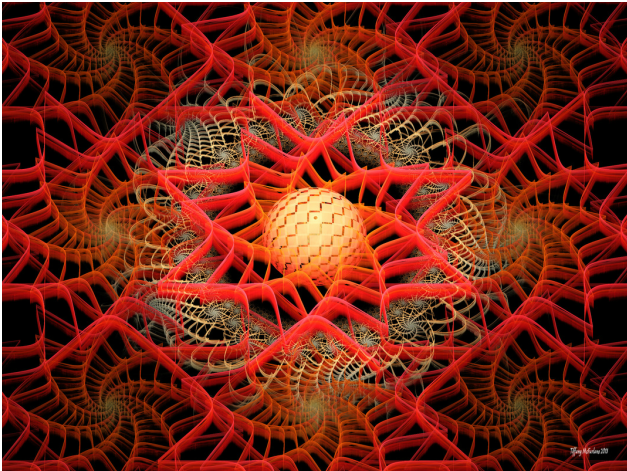 “Scarlet's Web” (2013)
​
Created in the fractal flame generating program Apophysis. Shades of the reddish hue in this image bring out the complexity of its web forms and its orange color gives off feelings of energy and movement.


Orange - Orange is known as a warm color. Not as visually aggressive as red, it has been described to provoke feelings of happiness and rejuvenation. Orange is friendly and uplifting and is often associated with joy and enthusiasm. 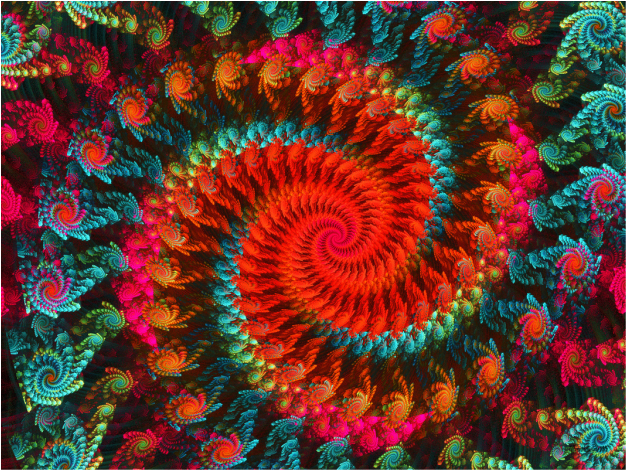 Created in Apophysis. The lighthearted color scheme gives off feelings of happiness. Its bold, vivid colors seem to be flying out at you. Just like the famous saying "to pass with flying colors", this fractal exudes triumph and victory.

Yellow - Yellow is a bright color that gives off feelings of warmth. Although it is often used to get one's attention, it can be visually straining after long periods of exposure. 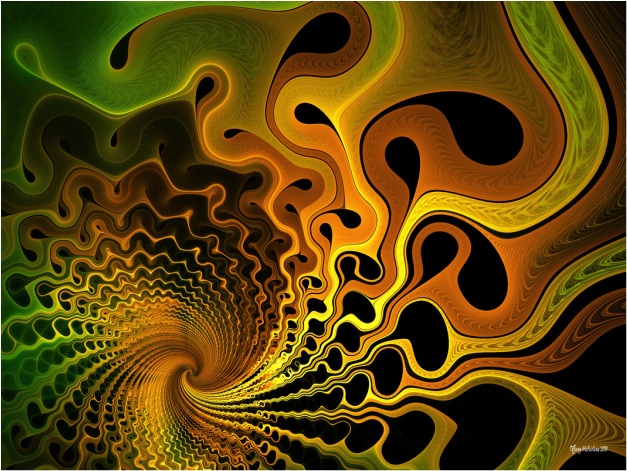 An Apophysis produced fractal symbolizing the warmth of the sun. It has a sense of energy with its wavy forms and yellow color. A sunrise tends to represent new beginnings and realizations. That is emphasized here with a gradual transition from a cool to a warm color, in green to yellow. Like the color yellow itself, a sunrise has a short window of time that it is most pleasant and serene.

Green - Often thought of as a cool color, green is associated with luck, nature and growth. It is a symbol of ecology and the environment. Considered to represent safety, green can be calming and peaceful. 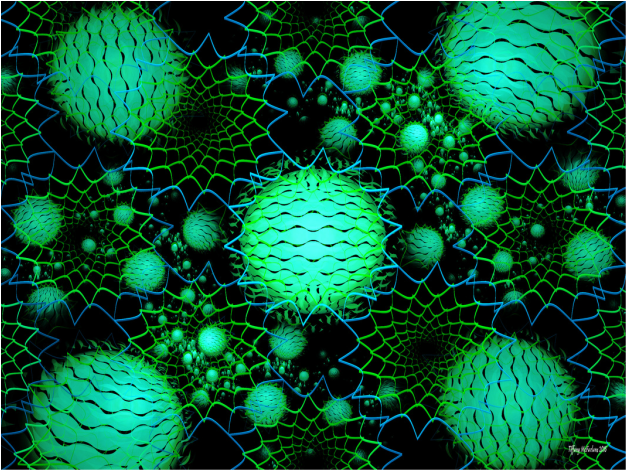 Created in Apophysis. The color green has been known to be associated with luck and well being, as well as nature and growth. These properties are shown through the webs and clover-like forms that are hidden within this fractal image.

Blue - Blue is a calm and soothing color that is tranquil and serene. It has been long associated with sadness in North American culture through terms like “feeling blue” or “singing the blues”. Since it is the color of water and the sky, it can also represent depth and stability.
​
​ 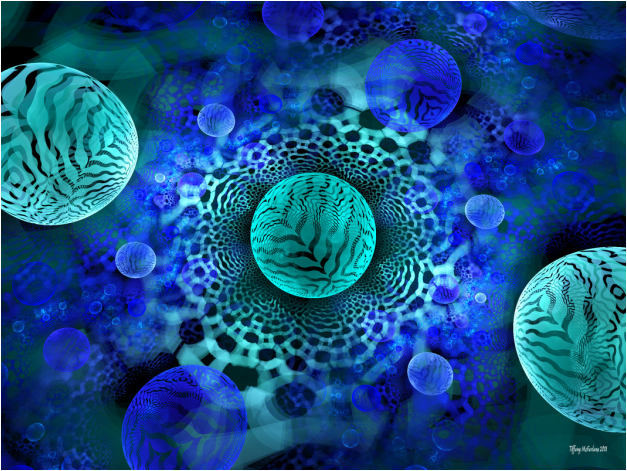 An apophysis fractal in the grand julian style that depicts the steady calmness of falling a rain. The color blue has always been associated with water and the sky. Its deep blue hues capture the underlying melancholy tone.

Purple - The color purple has been described as a cool color that is dreamlike, spiritual and regal. It is often associated with magic and mystery. 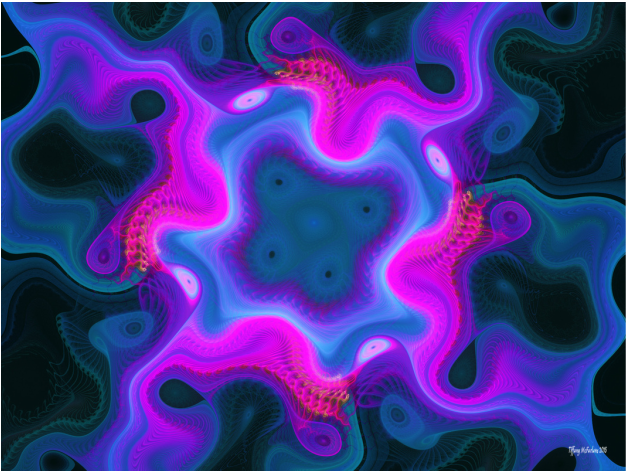 A fractal flame created in Apophysis. The deep purple colors are soothing and sensual, yet equally mysterious. It is an abstract depiction of how one's imagination can run wild in a dreamlike state. 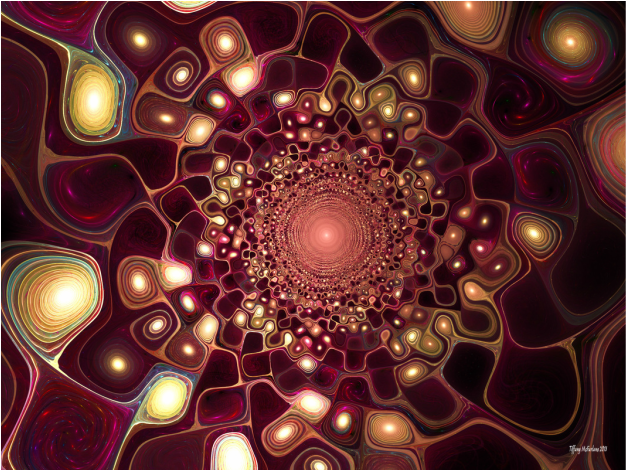 Created in Apophysis, the fractal flame generating software. The image’s plum color and glowing forms give it a dreamy, magical feel.

“I found I could say things with color and shapes that I couldn't say any other way - things I had no words for.” - Georgia O’ Keefe